“There was so much to learn and practice, but I began to see the prose in verse and the verse in prose. Patterns surfaced in poems, stories, and plays. There was music in sentences and paragraphs. I could hear the silences in a sentence. All this schooling was like getting x-ray vision and animal-like hearing.”

This deeply honest personal essay by Pachinko author Min Jin Lee is an account of her eleven-year struggle to publish her first novel. Like all good writing, this essay is intensely focused on arrestingly personal emotional details, but also roams larger than its author in embodying a common narrative arc: that of difficulty and adversity met by eventual success.

A disarmingly open piece of writing, this moving personal essaytells the story of the time CJ Hauser called off her engagement and joined an expedition to study the whooping crane in Texas. Encountering a parallel between a Japanese folk tale, the crane expedition, and the dynamic of her former relationship, the writer poignantly reflects on the differences between thriving and just getting by. This essay is particularly effective at charting the arc of the writer’s personality, as it weaves multiple elements together to reach a moment of clarity.

18. How to Write an Autobiographical Novel by Alexander Chee

“The feeling of something coming true, or of something speaking to you through the cards, is probably the hardest part of reading the Tarot. You read it because you want contact with something greater than yourself and you have questions, and you want the cards to answer you. The problem comes when they do.” (from ‘The Querent’)

This collection meditates on a variety of topics close to Chee: grief, coming of age, metaphysics, personal growth, and the act of writing itself. In all of these, the reader trusts Chee’s writing, and feels at home in the presence of a confident, unpretentious, and wise voice. Even if you don’t think you’re interested in the subject at hand (e.g. the Tarot cards in the example above), this book will help you become a better writer by inviting you into the company of a careful and precise writer.

19. ‘A Cyclist on the English Landscape’ by Roff Smith (New York Times)

“These images, though, aren’t meant to be about me. They’re meant to represent a cyclist on the landscape, anybody – you, perhaps.”

Roff Smith’s gorgeous photo essay for the NYT is testament to the power of creatively combining visuals with text. Here, photographs of Smith atop a bike are far from simply ornamental. They’re integral to the ruminative mood of this essay, as essential as the writing. Though Smith places his work at the crosscurrents of various aesthetic influences (like the painter Edward Hopper), what stands out the most in this taciturn, thoughtful piece of writing is his sudden use of the second person to address the reader directly. Suddenly, the writer steps out of the body of the essay and makes eye contact with the reader. The reader is now part of the story as a second character finally entering the picture 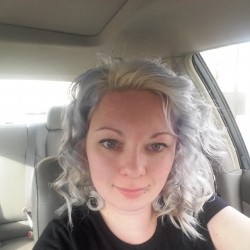 20. ‘An Ode to Women Who Walk’ by Lizzy Stewart (Literary Hub)

“Walking in London is when I feel most certain. I know the fastest routes, the most scenic streets, the alleyways that circumvent rows of busy shops, the quickest walk to a cinema or museum where you can sneak into the toilets with ease. [. ] When I moved to London my friend, Tom, said “walk!, it’s less like islands that way.” I took it to heart and I walked and walked and the veins and ventricles of this city joined up and I drifted down them. I walk with purpose.”